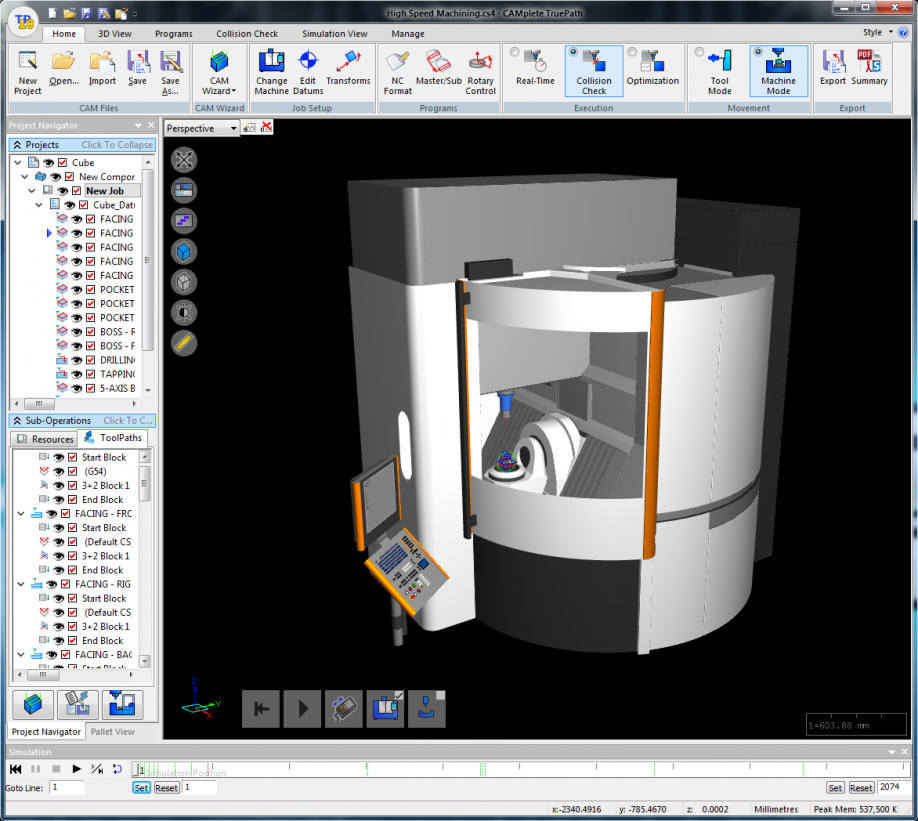 High Speed Machining techniques are employed on shop floors around the world, but its acceptance and implementation were far from immediate. If the earliest research into the concept of High Speed Machining can be traced back even before Carl Saloman in the 30’s, what is responsible for its prolonged growth?

The slow adoption of high speed machining is less a product of the industry attitude than that of the state of the industry itself. Although people were cautious, the biggest bottleneck in the advancement of High Speed Machining was the fact that even the most state of the art facilities of the time, were not advanced enough.

Regardless of how you define High Speed Machining, most are willing to accept its overall goal; finishing your job in the least amount of time. In order to truly understand, but more so, respect High Speed Machining today, it is important to look at the events responsible for its advancement.

First attempts at High Speed machining occurred in the early 20’s, but the first major advancement is dated 10 years later and credited to Carl Salomon. At this time the High-Speed Milling Machines of today weren’t just unavailable, they were unimaginable. Therefore, Saloman performed his testing on a large circular cutting saw.

Salomon dispelled a widely accepted fallacy; high cutting speeds are directly related to High RPMs. This research also proved the notion that a certain range of cutting speeds exists where high temperatures prevent machining. The results of his testing were influential in more ways than one, and because of this, his name and his graph, “The Saloman Curve” have become almost synonymous with High Speed Machining.

Following his death, research into High Speed Machining remained relatively stagnant. It wasn’t until nearly 2 decades later when research came back to the forefront. As researchers were faced with the same aforementioned problem of theory outpacing technology, ballistic testing was used.

These tests focused heavily on the chip formation, finding that chips that occur at high cutting speeds are unlike those from conventional cutting. Testing in this period provided early empirical evidence that productivity increases can be expected as well as reductions in costs if issues regarding tool wear and machine vibrations can be sorted out.

These issues regarding tool wear were the basis of a lot of skepticism. Many wrote off High Speed Machining as a whole, citing that any benefit deriving from increased removal rates is offset by the increased tool wear that accompanies it. That being said, the advent of the high-speed spindle brought with it a new means of testing and therefore new information, leading even the staunchest of skeptics to admit their misjudgments.

High Speed Machining is more than just an interesting idea with a compelling past; it is a reality in small job shops and large corporations. The science is out, and the debate is over, implementing High Speed Machining Techniques is a sound economic decision, that decreases costs while increasing productivity and efficiency.
Tags: