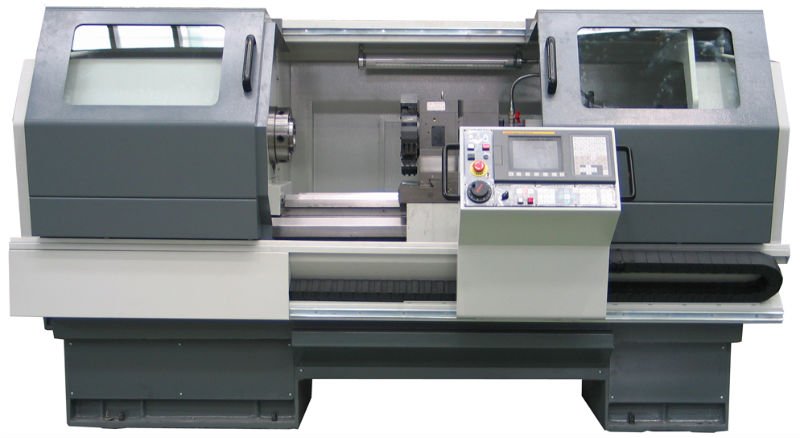 Bill Davidheiser August 29, 2020 0 Comments business , technology
What is CNC Machine Lathe? Some view Lathes as the only universal CNC Machine tool because a lathe can make all of the parts needed for another lathe. A lathe spins the workpiece in a spindle while a fixed cutting tool approaches the workpiece to slice chips off of it. Because of this geometry, lathes are ideal for parts that have symmetry around some axis that could be chucked up in the spindle. CNC Lathes have at the very least the ability to drive the cutting tool under g-code control over 2 axes, referred to as X and Z. They may have a considerable amount of other functionality as well, and there are many variations on lathes such as Swiss Lathes. The act of cutting a workpiece on a lathe is called “Turning”. Due to technological advancements, CNC lathes are quickly replacing some of the older and more traditionally used production lathes, such as the multispindle. CNC lathes come with a number of benefits. They can be easily set up and operated. They offer tremendous repeatability, along with top-notch accuracy in production. A CNC lathe is typically designed to utilize modern versions of carbide tooling and processes. A part can be designed for customization, and the machine’s tool paths are often programmed using the CAD or CAM processes. However, a programmer can manually design a part or tool path as well. The resulting coded computer file is then uploaded to the CNC machine, and the machine will then automatically produce the desired parts for which it was programmed to design.
Uses of CNC Lathe Machines With CNC lathe machines, the material being worked is slowly sheared away. The result is a beautifully finished product or intricate part. Because these machines are so versatile, they are used by many industries to include automotive, electronics, aerospace, firearm manufacturing, sporting, and much more. A CNC lathe can be used to produce plane surfaces and screw threads or in the case of ornamental lathes, three-dimensional products that are quite complex. In any case, the work piece is held firmly in place by one or two centers, with at minimum one being moved horizontally. However, material can also be secured with clamps or collets. Some prime examples of finished items as a result of using CNC lathe machines include:
Tags: